This blog is and has always been a blog of integrity, righteousness. A stalwart blog where I document my IT struggles and things I like to eat. Basically a combination of everything I hate in the world and everything I love, all in one place. And it’s going to remain that way. I will never sell out!

I like to read the Internet sometimes, I think I’m about half way through and so far nothing’s happened. But over the last few weeks I’ve been reading Smart Passive Income, basically a blog where some guy allegedly makes $50kpm by telling other people that he’s er .. making $50kpm. I think he’s making shit up personally, but it’s kind of inspiring. I’ve had Adsense running on this site for 2 years I think now, maybe more, who knows, and strangely I’m not retired and am still getting my fists dirty with magical computer machines. This blog has become amusingly popular though, although I don’t have a hardcore following it’s nice to read the odd comment about how I’ve helped someone create a Yum repository.

Anyway as an experiment, I’ve never tried this affiliate marketing thing before, so I’ve decided to document the process on this site and have a whirl. As such on a few of my pages I’ve added affiliate links to books I’ve read (honestly, I have actually read them, we’ve pretty much got the entire O’Reilly catalogue in our current office and everyone around me is stupid so it’s not like I’ve anyone I can ask for help, well other than that one guy who’s really smart but he just tells me to go away).

Now Commission Junction, the affiliate I’m trying out, in conjunction with O’Reilly, will give me a whopping 5% of whatever revenue I generate for them, which is pretty bad ass. I’ve run the numbers! Adsense reckons I got 3889 page views in February, Analytics reckons 4,542, Awstats reckons 6332 unique visitors, I’m going to go with the Awstats metric as Apache logs don’t lie. If 1% of 6332 people click through to an affiliate (63.32 people), and 1% of those guys buy a book (0.6332 people) at say $30 (making me $1.5) I’ll make $0.94 a month! Over a year that might even hit $10 in which case I can retire to Zimbabwe.

Anyway enough rambling, lets get on with the magic and proudly broadcast to the world how minted I am off a blog focusing on my work life and local burgers.

Hell yeah! I’m bringing home the bacon! I will be excited to see what next month brings! 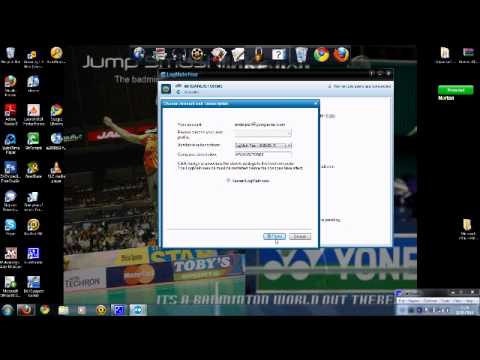 How To Take Control Of Another Computer