It’s rare that I’m genuinely in shock and awe of something, but that’s how I felt last night in The Albert, down under Brighton train station!

The menu came with a crazy amount of options, so for the burger I added bacon and cheese and for the chips, thick cut rather than skinny and chilli and cheese. Not chilli cheese mind, as that was a separate option, as were the beef brisket, hash browns, onion rings, guacamole etc etc etc TOO MANY CHOICES! The entire thing came to £10 on the nose.

I’m actually feeling bad writing this up, as the photos don’t do the burger justice. They don’t show the perfectly cooked centre of the meat, the delicious crisp of the chips and the amazing tenderness of the brisket (at least I think it was brisket, the menu just said ‘chilli’…)! I should probably do one of those Internet courses on food blogging and photo taking or something 🙁

The burger came with real bacon, the kind of bacon you’d be proud of, and the chilli on the chips? Not the minced beef and stewed kidney bean chilli I was expecting, rather a phenomenal slow cooked beef brisket flavoured with a deliciously spicey concoction.

The entire thing was awesome. Could this be the best burger in Brighton? It’s definitely the best one, hands down, that I’ve had in 2014.

Burger At The Seven Stars 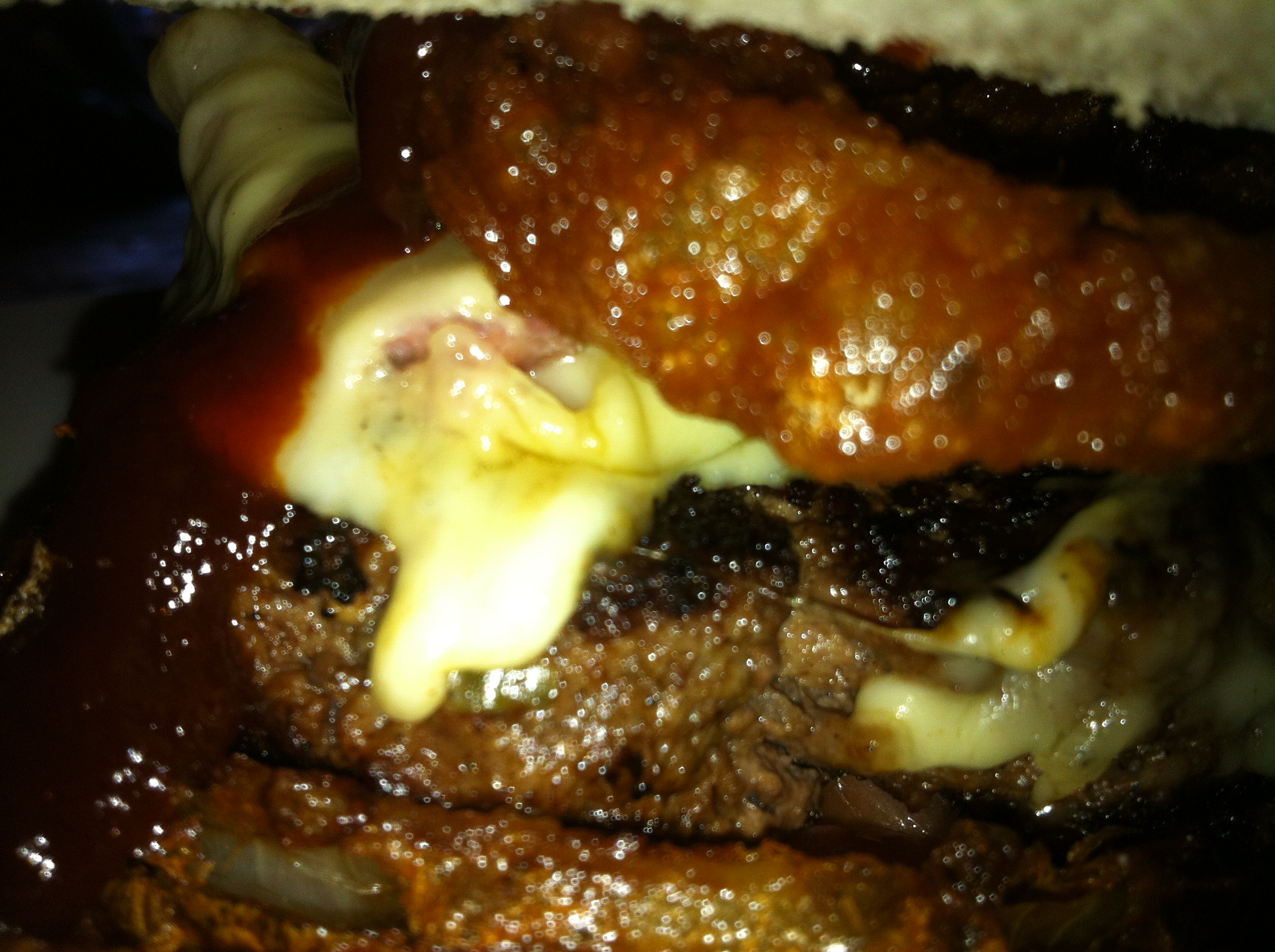 Sidey Burger at the Sidewinder